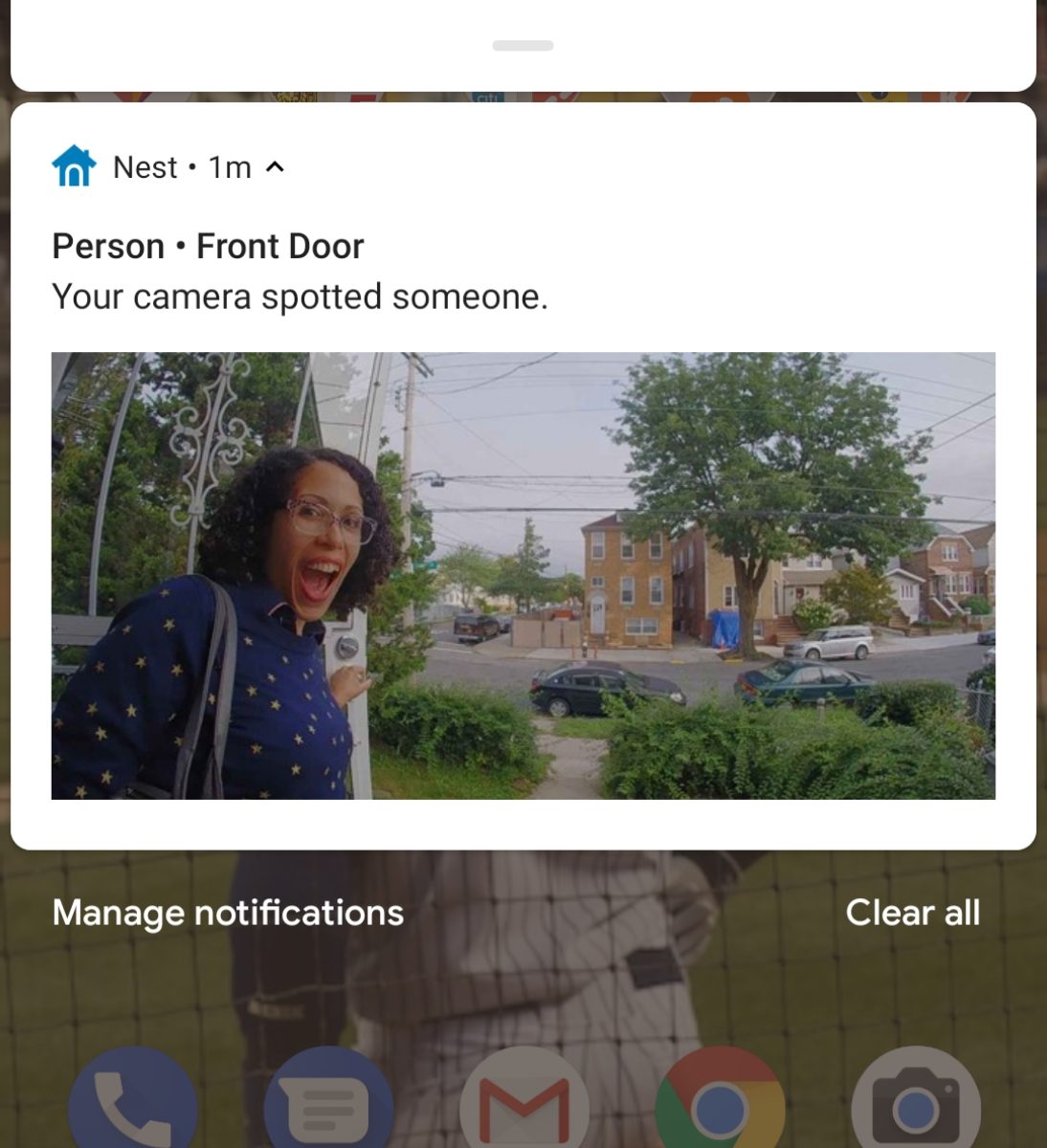 With stars in our eyes as we admired a little red house that was in our budget — and in a safe, walkable neighborhood near public transit — we overlooked a lot of little issues and placed an offer.

Fast forward to living in the house and we noticed a small, nagging issue (one of those we overlooked): no doorbell.

I figured we'd just go to Home Depot and buy a regular shmegular doorbell but my husband declined this option. He's not a technophile or super into keeping with the Joneses or anything like that. In fact, as a woman working in technology teams, I've always been the tech nerd of this couple. However, when it came to the doorbell, he insisted we get a video doorbell. Essentially, with the blank slate of nothing existing to replace, let's go big or go home!

We did some research and decided to get the Nest Hello. I've heard great things about the Ring (a competitor) and there are reviews that can give a more exhaustive assessment of one versus the other. The reason we chose the Nest was because of its integration with other products in our home. Given Nest is owned by Alphabet (i.e. Google), this gave us confidence that it would work with other Google products. In fact, when we bought our Nest Hello, it was part of a bundle with a Google Home Mini — more on that in a sec.

Now that we've been living with the Nest Hello for a few months, I can share some of the Pro's and Con's in case you are considering a video doorbell, or this one specifically:

Motion sensor (and the notifications it triggers) is awesome for safety

PRO: Honestly, the Nest Hello has offered us some pretty amazing peace of mind in that it detects motion by our front door and alerts us on our phones. It's nice to know there aren't strangers in our front yard hanging out. It's great to see that no one is tampering with our mailbox (so far, the only person to hang out there is our mail carrier based on the notifications we've received).

CON: On the flip side, the timeline of events you can see in the Nest app sometimes doesn't work so well. For instance, sometimes it takes a while to load the snapshot of someone at the front door and sometimes the notifications that show up on my phone don't include the photo snapshot (and I'm not sure about why that happens sometimes but not other times). We don't pay for the service that records video all day long and keeps it for you to review later so I suspect that, if we did that, the experience in app would probably be better. I don't fault them for trying to monetize, though.

PRO: I didn't really understand at first why this was packaged with a Google Home Mini (i.e. a small smart home speaker). Very quickly, we learned why. When the doorbell rings downstairs, sometimes we can't hear it upstairs. The Google Home Mini is integrated with Nest Hello such that it says, "Someone is at the door" in its friendly robotic monotone when the doorbell is pressed. This is more helpful than I imagined and I think we will want to add another to our basement someday.

CON: While it's definitely nice to have the Google Home Mini, I have noticed that it will silently fail. It won't respond to "OK Google" during those times and it won't say anything about what the doorbell is up to. I'm not sure how often this happens but I have definitely noticed some finicky-ness with one of the other Google Home products I own, namely the Chromecast Audio.

Video is cool (and a little creepy)

PRO: It's really awesome to be able to see what's happening in real-time in front of my house at any time by simply opening up the Nest app. More often than not, it's just birds chirping and squirrels running up the tall cedar tree in the front yard. However, when it is UPS leaving a package, it's nice that I can see them climb up the stairs and select from a few preset phrases the Nest Hello can say like, "You can leave it at the front door."

CON: There's something a little bit creepy about being able to watch and listen (since there's audio, too) my husband interact with someone at the front door from afar. I think it's important for theft deterrent reasons to have this so I'm okay with the creep-factor at the moment. But, there's still a whole lot of personal information being captured by Google and I'm not 100% sure I'm comfortable with that given what we know about big tech companies and their ethics, or lack thereof.

Overall, we are happy with the Nest Hello. It does the job of a doorbell but adds another layer of security that helps as us former apartment dwellers adjust to living in a freestanding house.